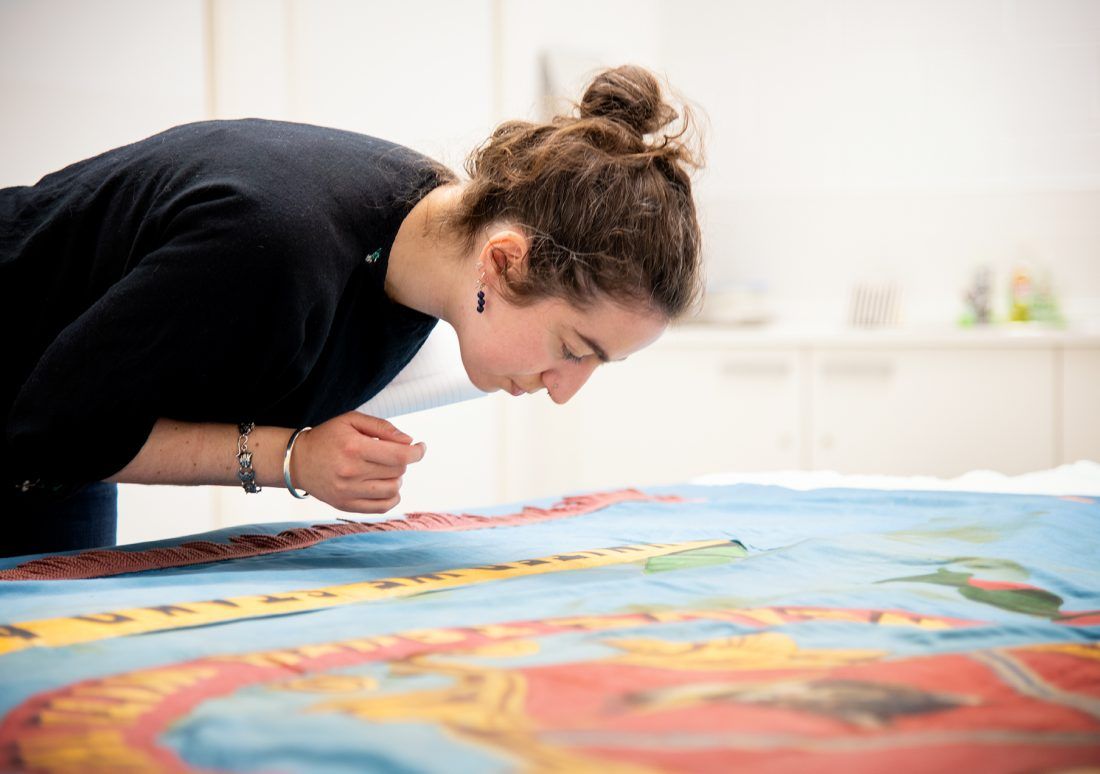 A full appraisal of the 1200 objects selected for display in the refurbished galleries is now complete and our conservation team and partners are working hard to ensure the artefacts are displayed in the best possible condition.

Paisley Museum’s Social History collection reflects the diverse aspects of local life from the 17th century onwards and includes objects connected to the area’s industrial heritage. Five banners and a flag telling the story of Paisley’s working-class and woman’s histories have been selected from this collection for display. 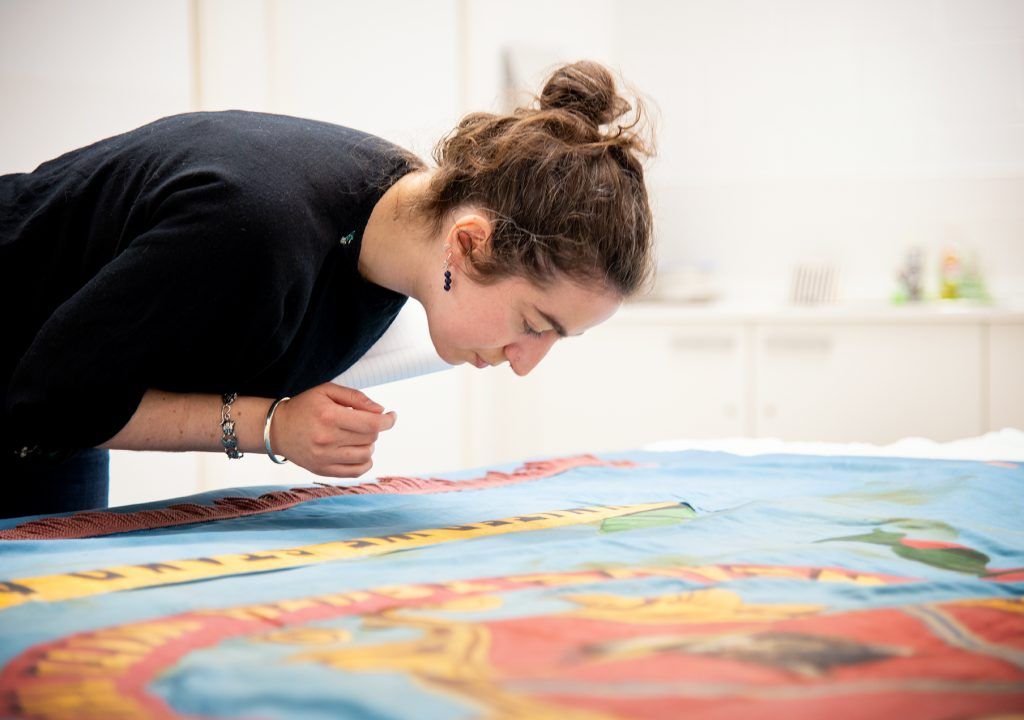 Banners from Paisley Museum being restored by a curator

All six of these objects require significant work to repair historic damage, secure painted fabrics and restore mounts and support materials. To support this work, we have partnered with the People’s History Museum (PHM). Based in Manchester, PHM’s conservation studio is designed specifically for the conservation of large textiles and they hold one of the largest banner collections in the UK. This expertise makes them the most skilled partner in the UK to help lead this conservation work. 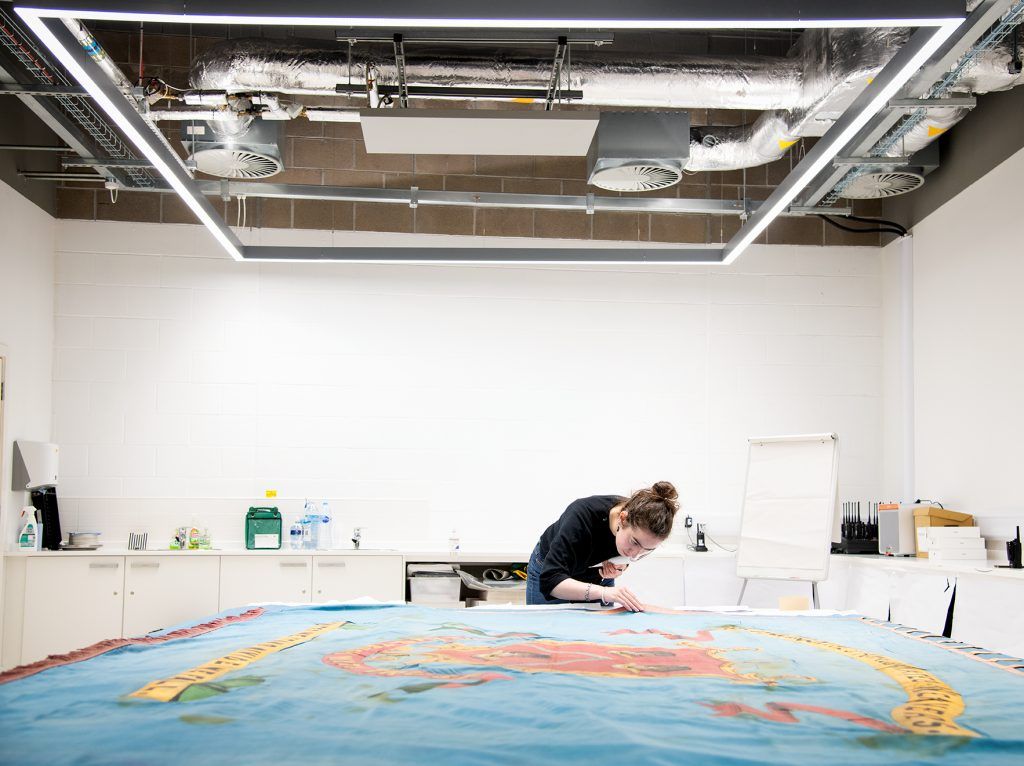 Curator working on a banner from the Secret Collection

A summary of the six objects is provided below: 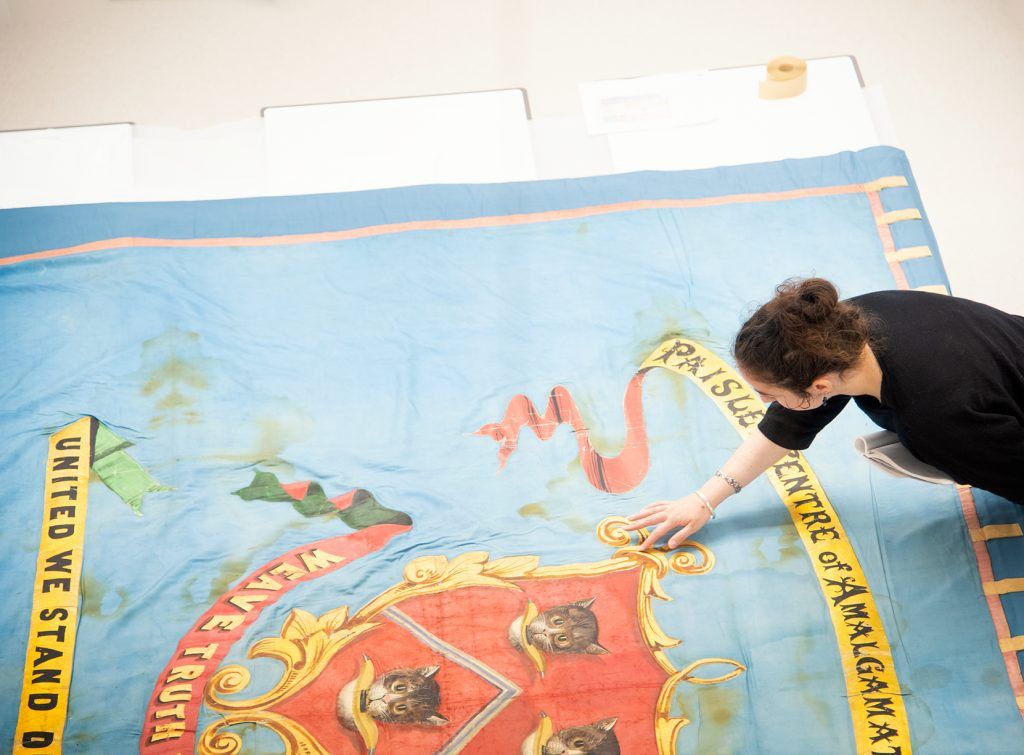